After our success on Mount Baker’s snow and ice (see part 1 below,) I wanted to try my hand at a rock route. Chris originally thought that the Torment-Forbidden traverse would be a good objective, but the weather window looked a bit questionable, so we ultimately decided on a shorter objective.   We drove up the the Boston Basin trailhead in the North Cascades, and initially, things didn’t look too promising for climbing rock.  The peaks were coated with fresh snow, which made our rock objectives somewhat questionable.  However, after a brief discussion about changing our goal to a snow/ice route, we decided to go ahead and hike up to Boston Basin, and see if conditions would allow us to get up a rock route. 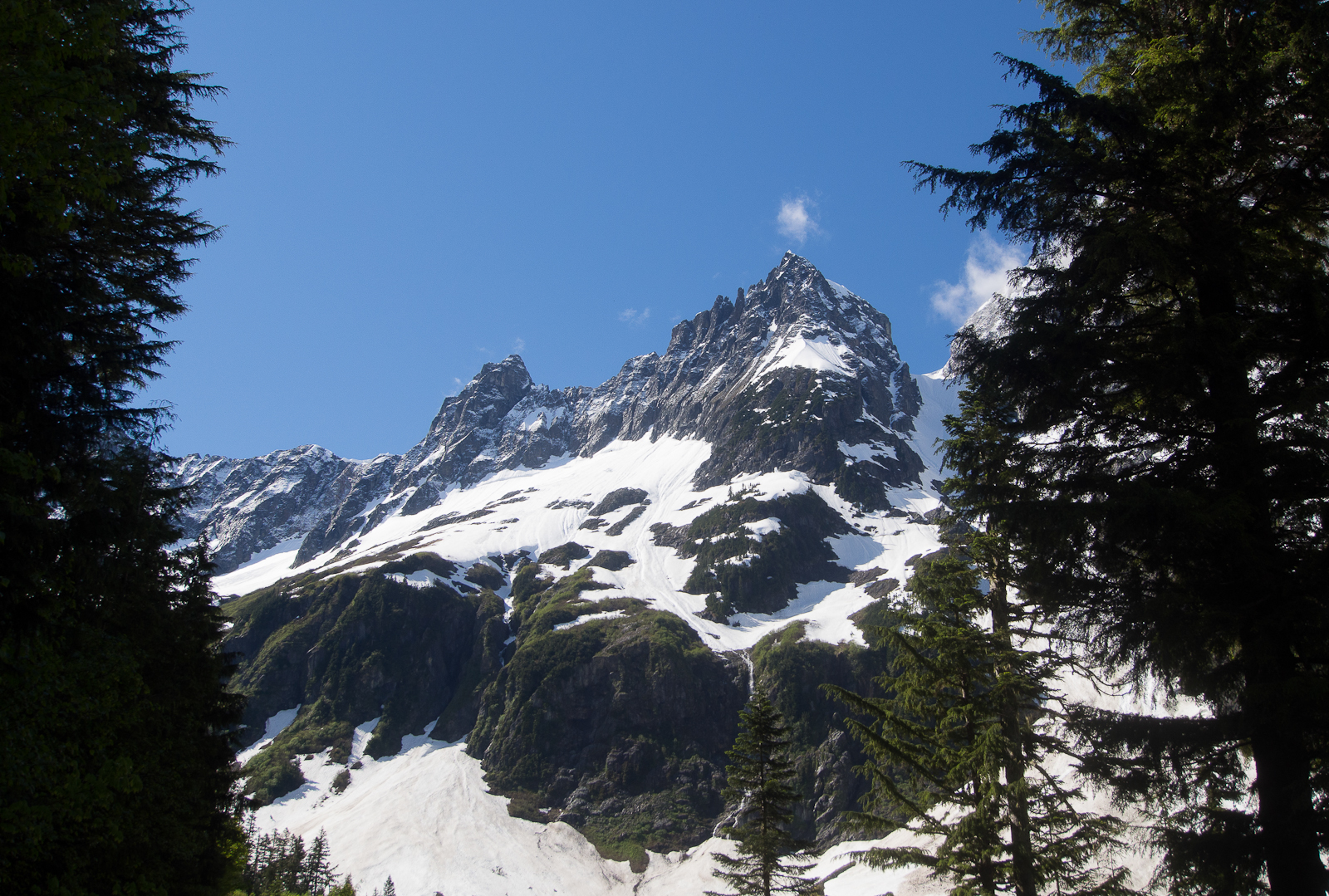 We hiked up to Boston Basin following a trail that started out easy, then gradually got fainter and steeper until we lost it altogether and spent the rest of the time either bushwhacking or (finally) on snow.  The weather was sunny and warm, and Chris was optimistic that the snow would melt off of the rock routes by tomorrow.  (I wasn’t so sure.)

As it turned out, the warm, clear weather held, and we woke up early the next morning to warm, clear skies.  Truth be told, it was a little too warm, and the approach up to the East Ridge was slow going through deep, mushy snow.  Finally, we got established on the ridge and got to climb. 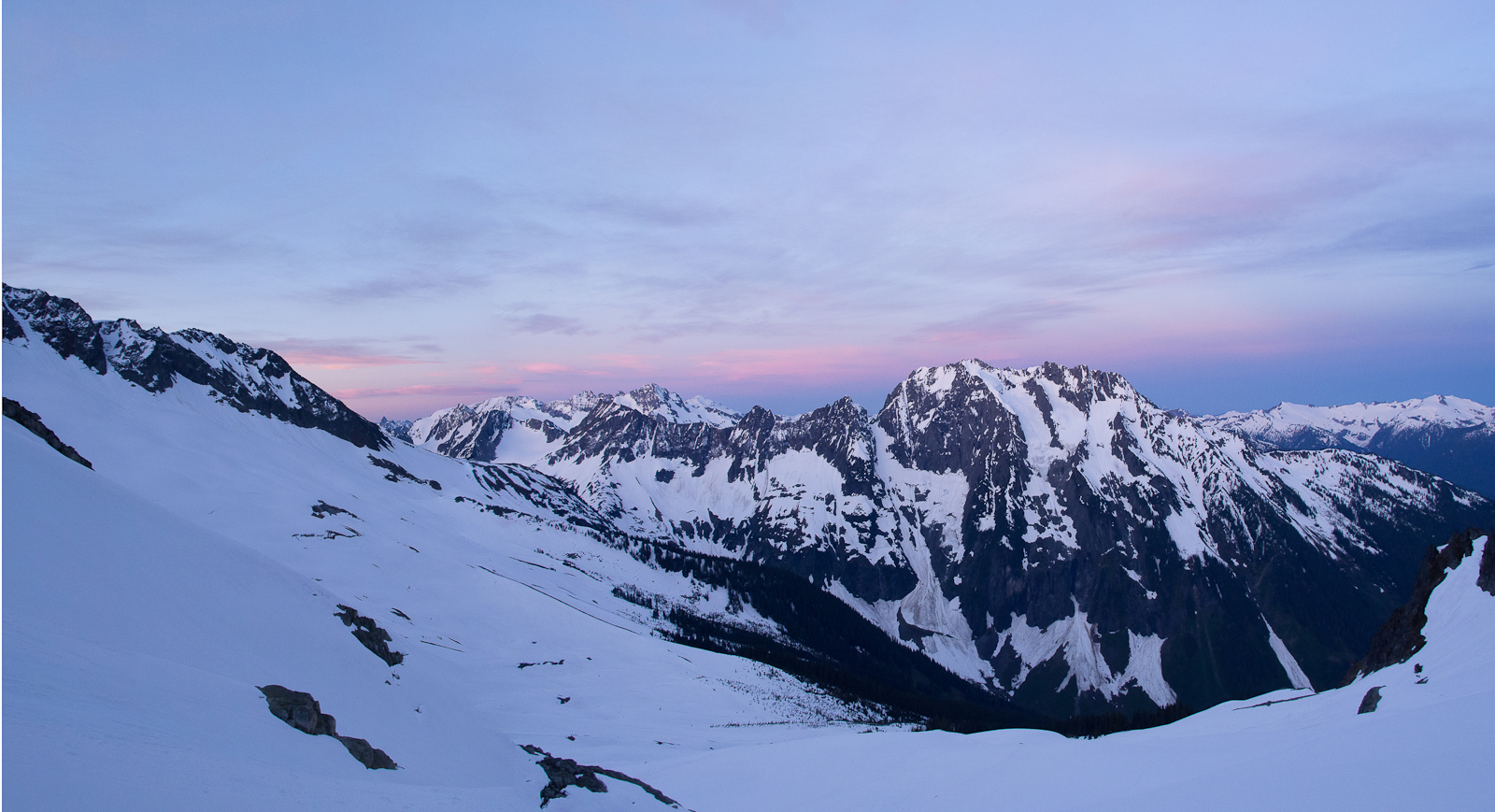 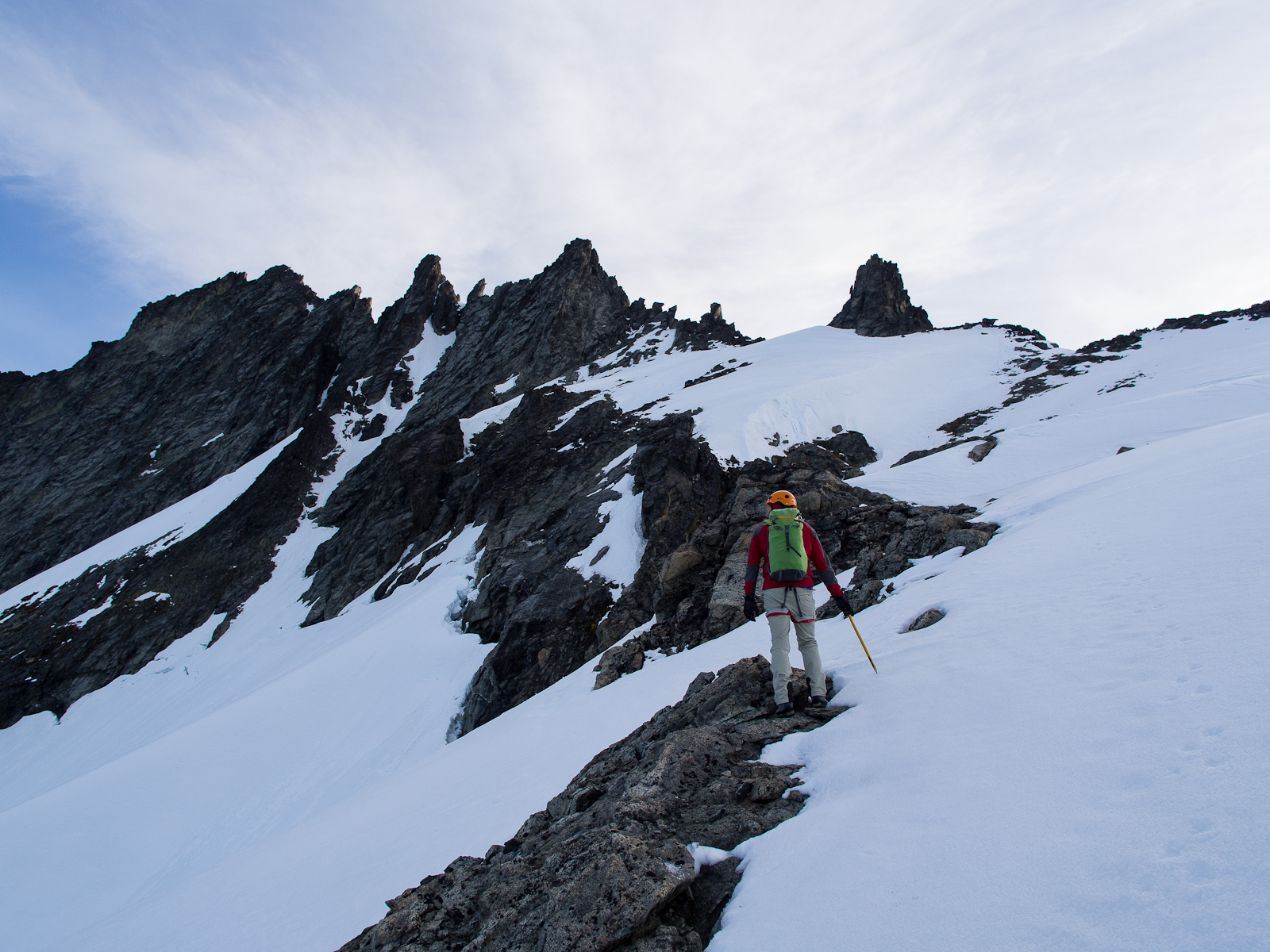 Once we got to the ridge, the climbing was a lot of fun, however, a cold wind had kicked in, which had us climbing in our puffy jackets to stay warm.  The rock was generally very good, and the views were spectacular. 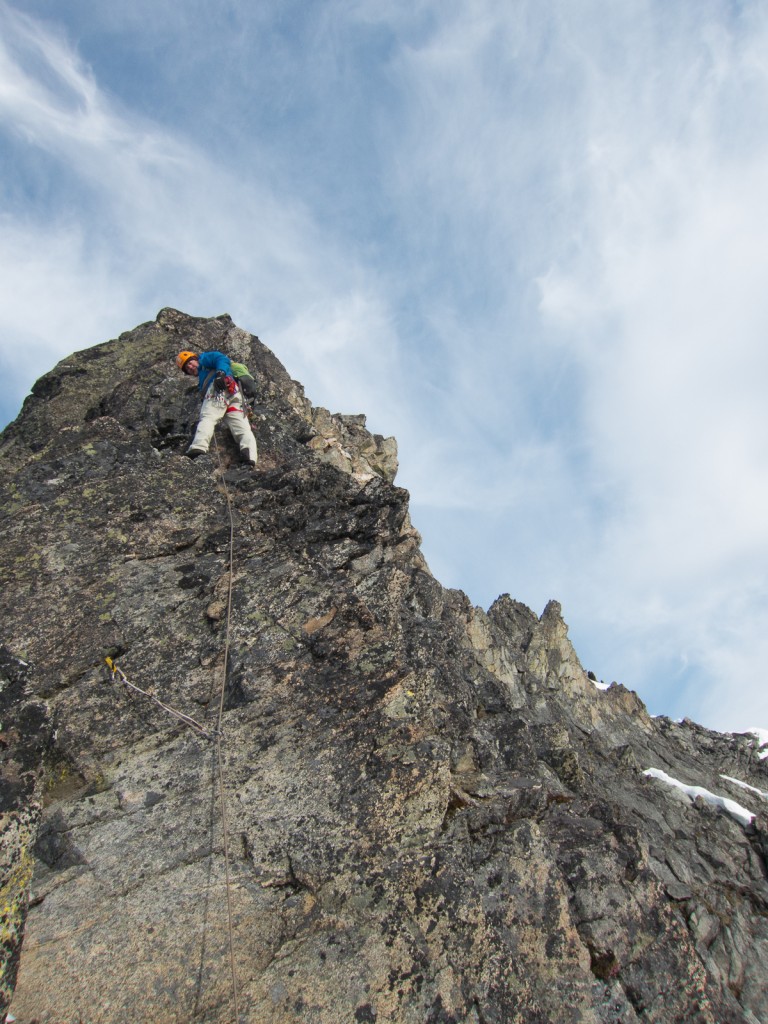 Chris on the East Ridge of Forbidden Peak 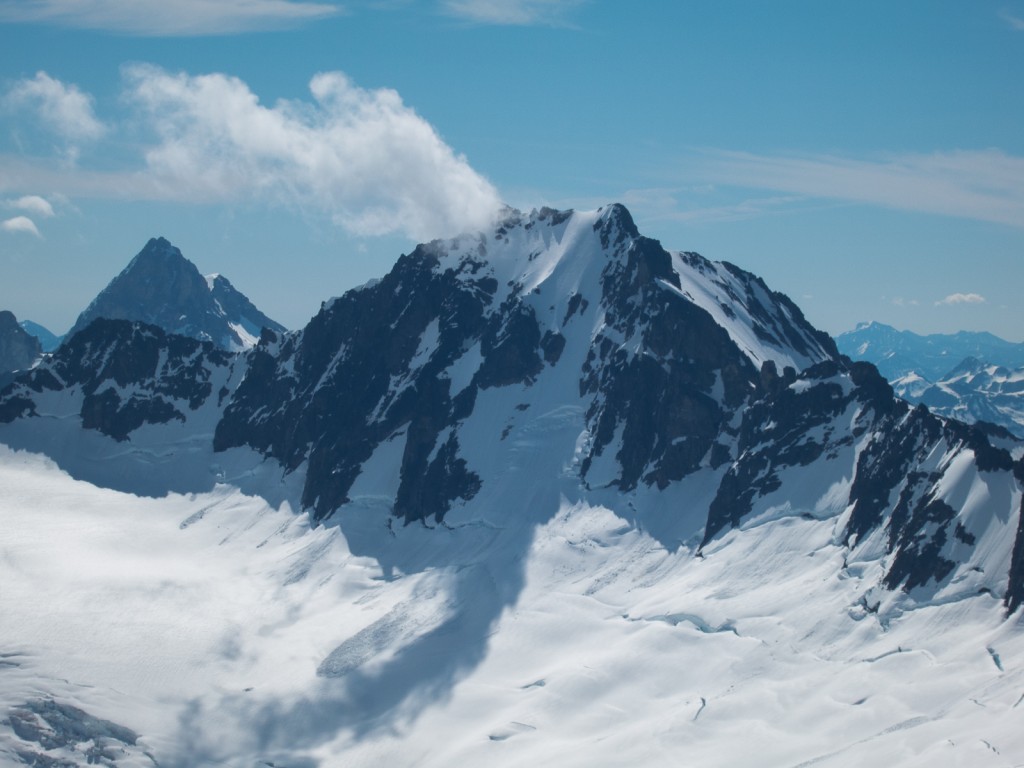 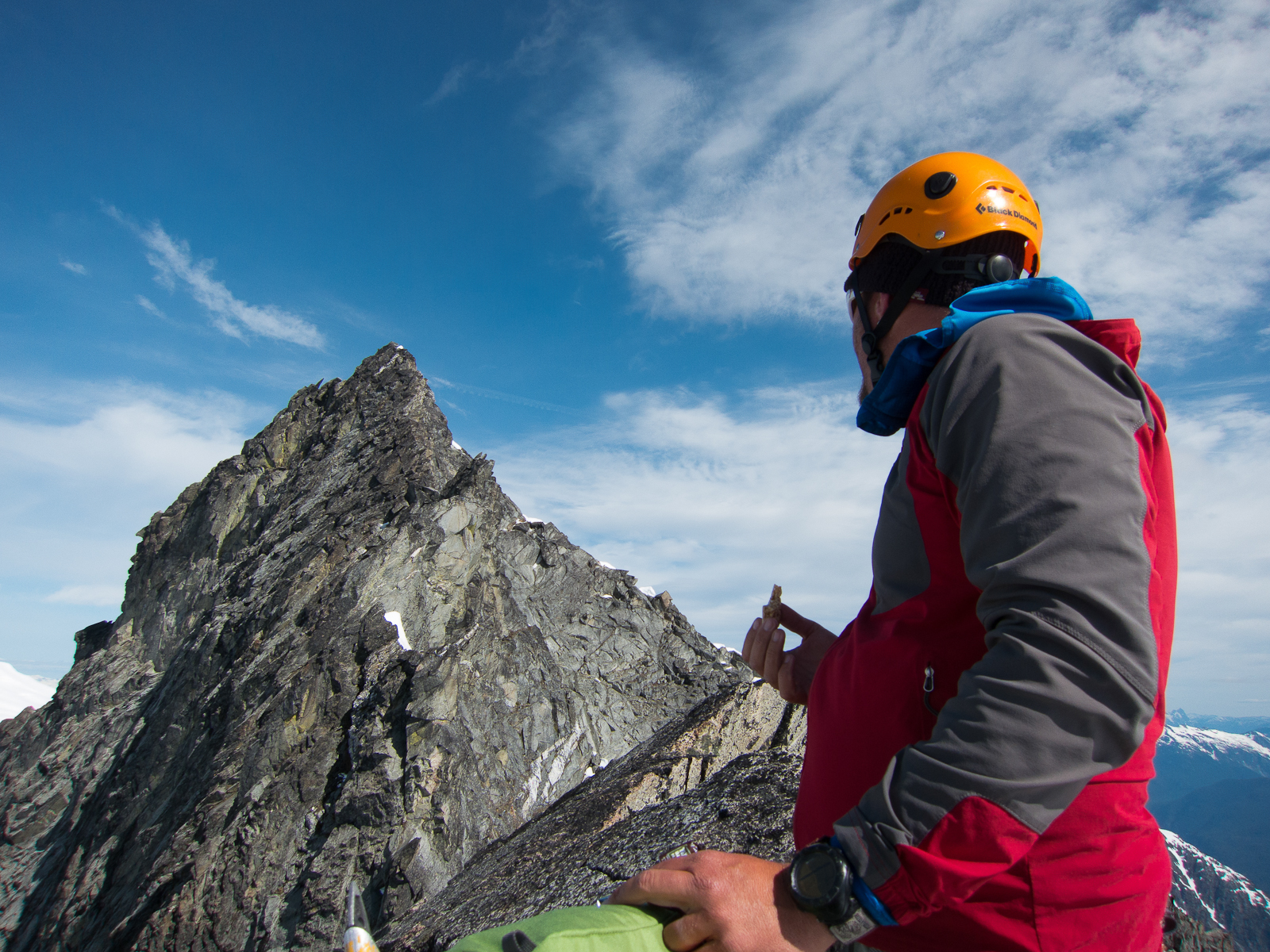 The weather continued to favor us, and we tagged the summit still under clear, warm skies.  However, as we descended the West Ridge, clouds slowly began building on the horizon.  Not too long after we reached the Torment/Forbidden col, the clouds had moved in, and it was starting to rain a bit. 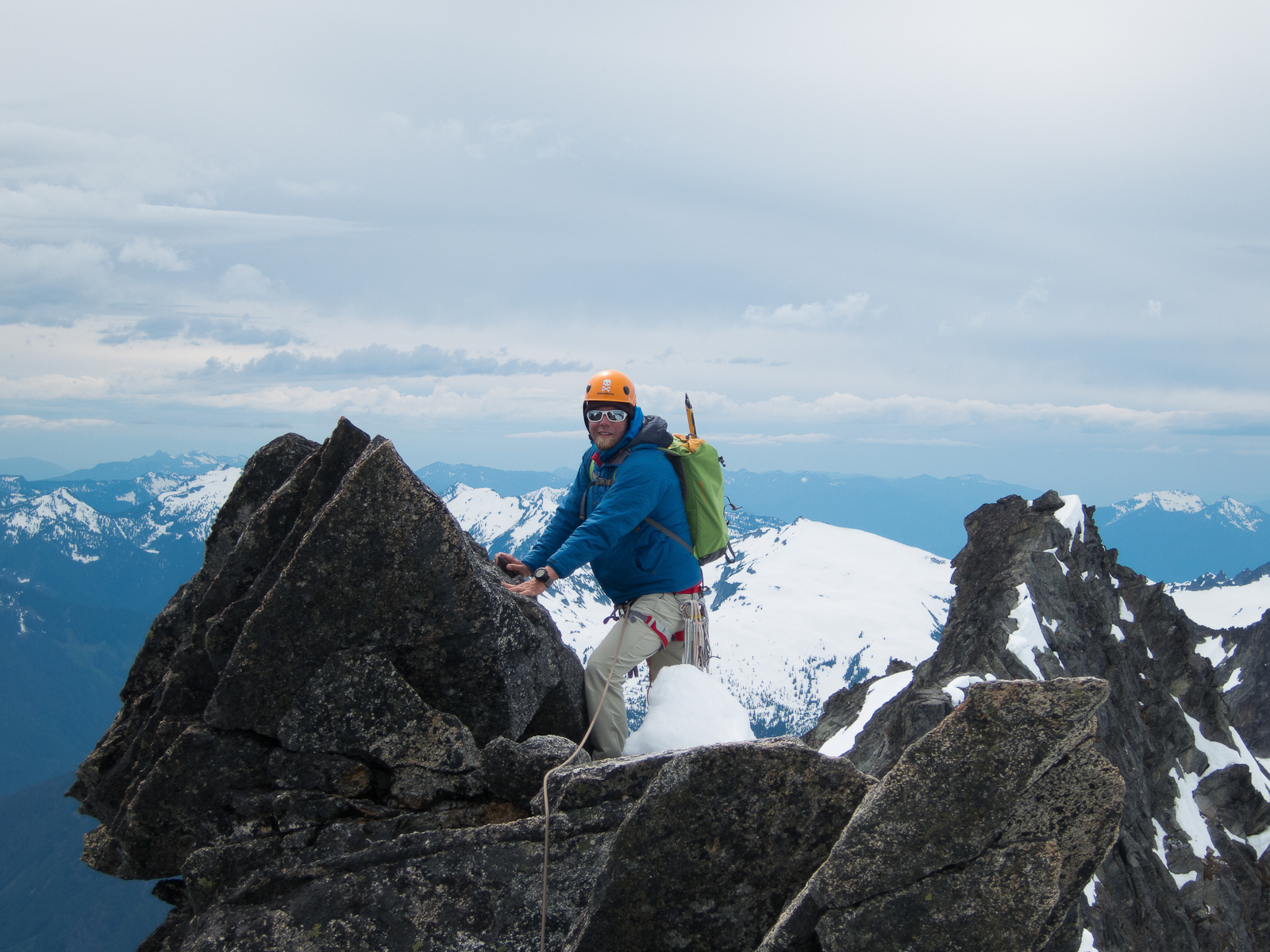 On the West Ridge descent

After some rappels and downclimbing on lots of steep, loose, wet snow, we finally made it back down to our tracks on the relative safety of the moderate snow that lead to our camp site.  We butt-glissaded as much as possible to hasten our descent.  By the time we reached our camp, the weather had continued to deteriorate, and we’d given up any thoughts of spending another night in the Basin.  We stuffed our gear into our packs, and hiked out, under ever increasing rain.   On the way out, we followed some tracks of a large party that led us through a fair amount of bushwhacking.  I figured that no Cascades trip is complete without a bit of character building bushwhacking, so it was all part of the “full value” experience. 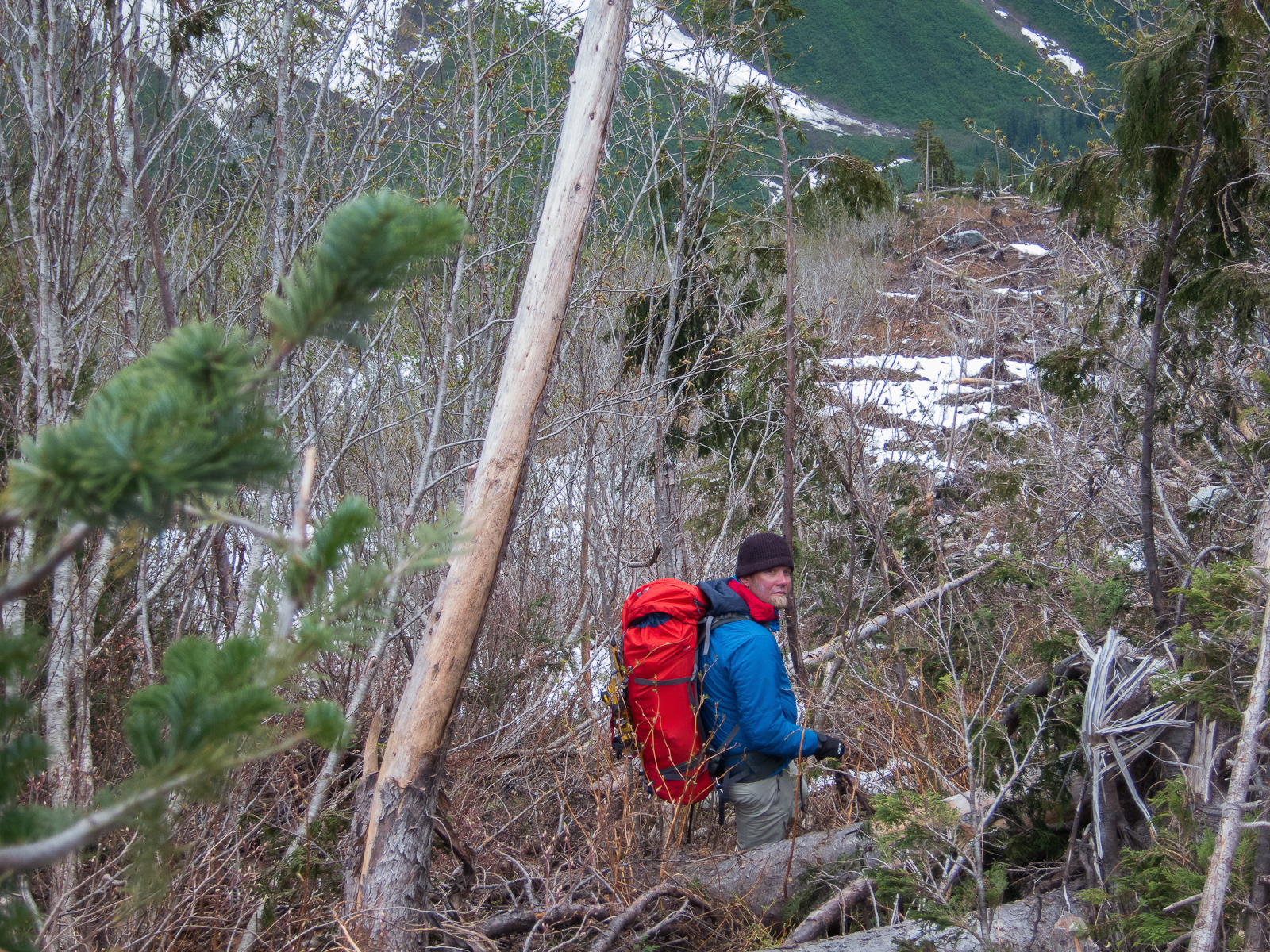 Bushwhacking on the hike out

By the time we reached the car, it was late, raining, and we were tired and hungry.  We opted for a rest day as I was both satisfied and burned out.   Chris drove home to Seattle, and I drove to Burlington, the closest spot with food (24 hour Burger King drive in.)

The weather window had now closed, and we faced a bleak, wet forecast for the next several days.  It was time for me to go home, so we called an end to our climbing, and I spent the next day and a half sleeping, eating and exploring Seattle and Vancouver.

The trip had been a great success.  I got to climb two classic climbs of the Pacific Northwest, and I couldn’t have been happier.   Chris was a great guide and a really nice guy to share a week of climbing with.  He has all of the qualities I want in a guide:  competence, patience, local knowledge, and a great sense of humor.  I would highly recommend him to anyone who is interested in climbing in the Pacific Northwest or the Sierras.   Chris’s home page.

I’m already dreaming about my next trip to the Cascades.  There are just so many amazing mountains and classic lines that I can’t quit now. 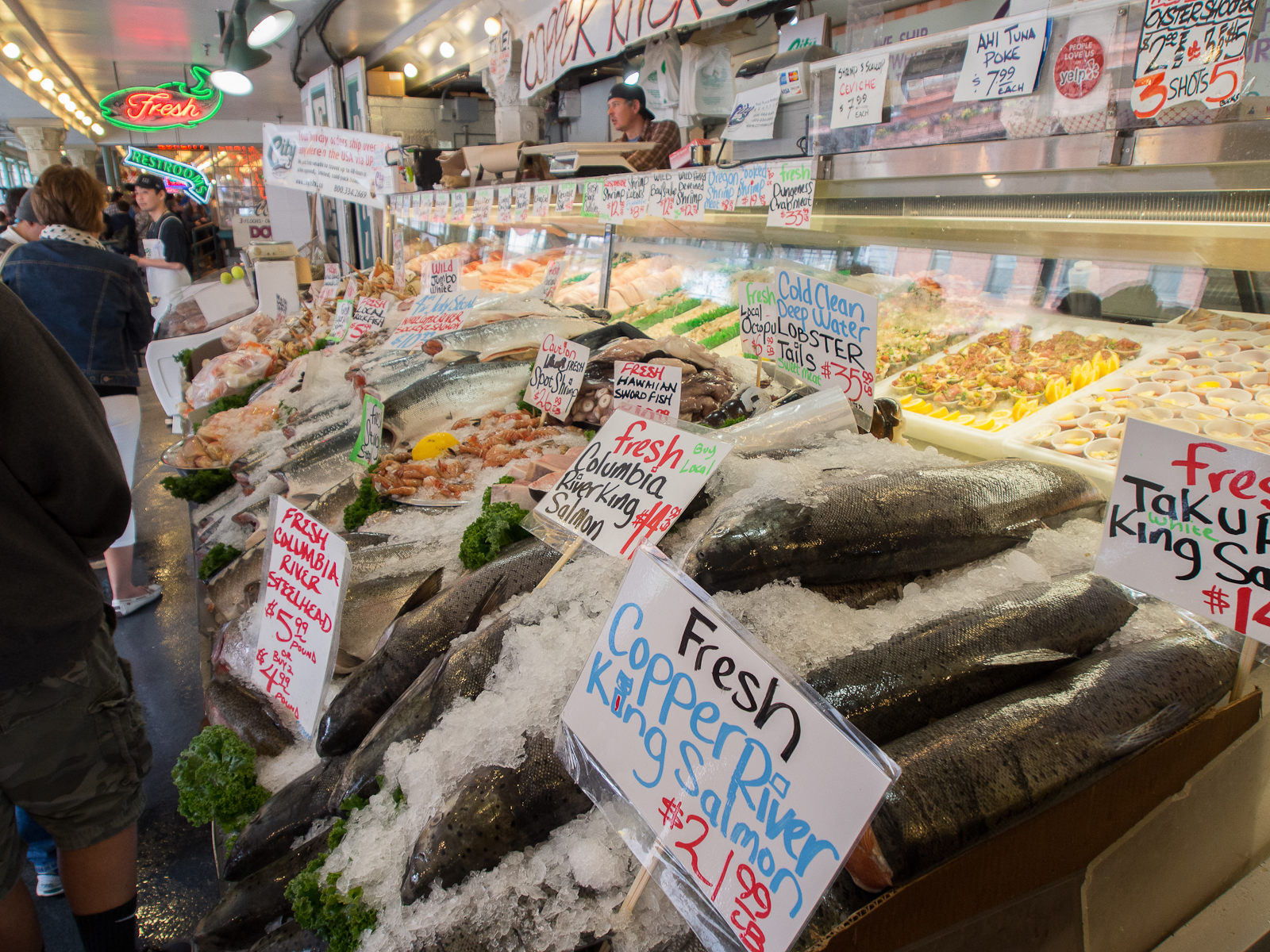 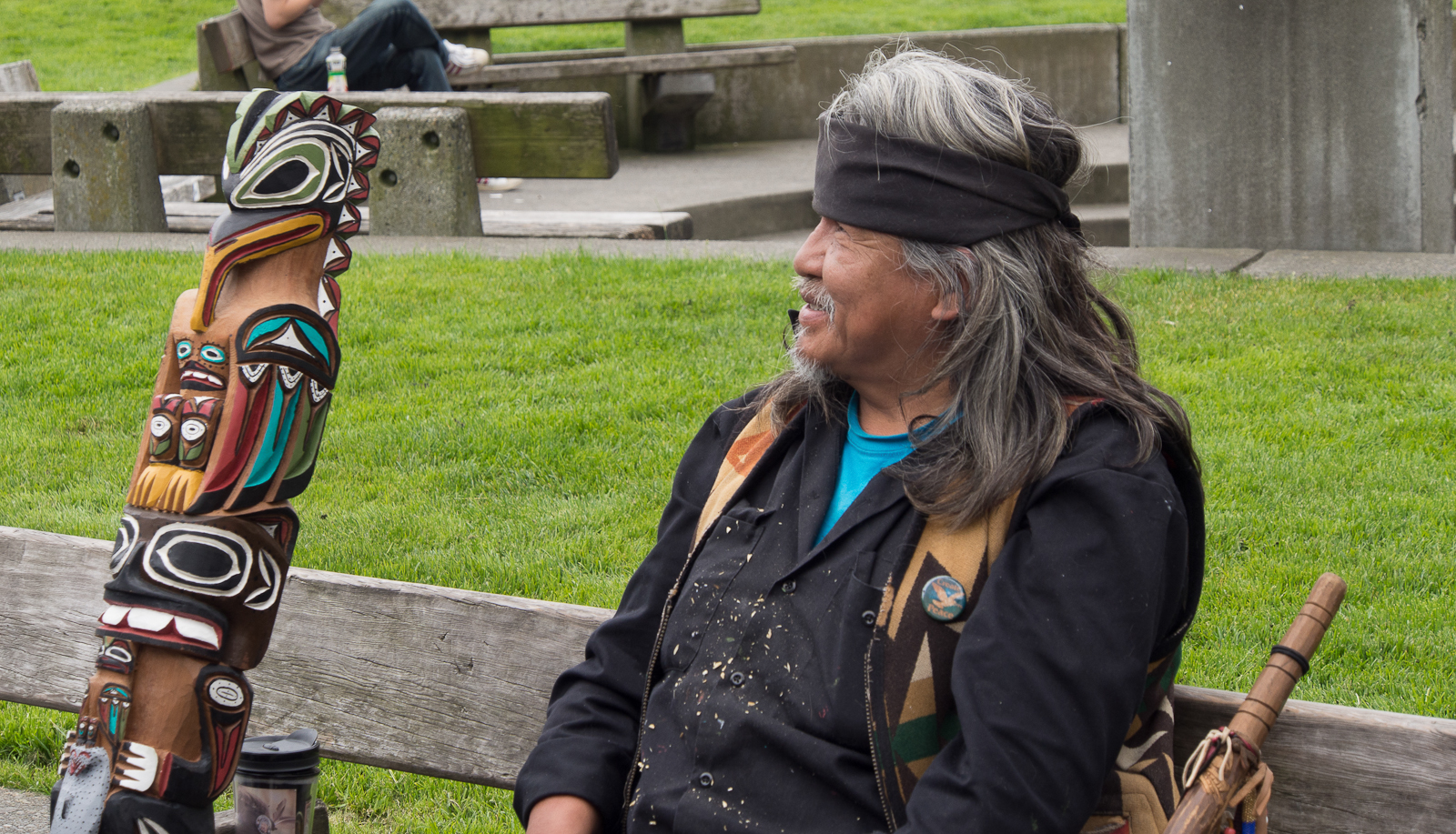 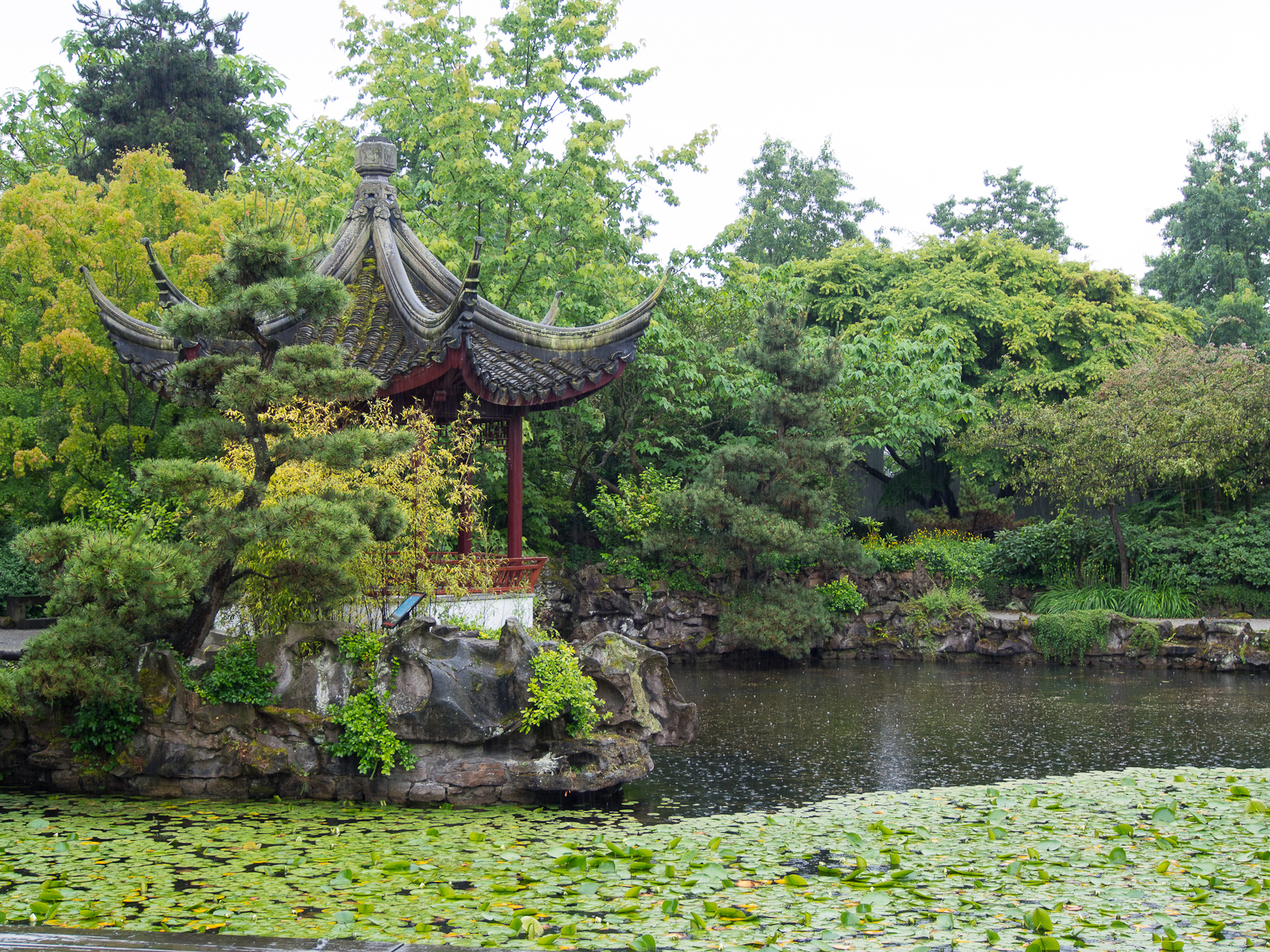 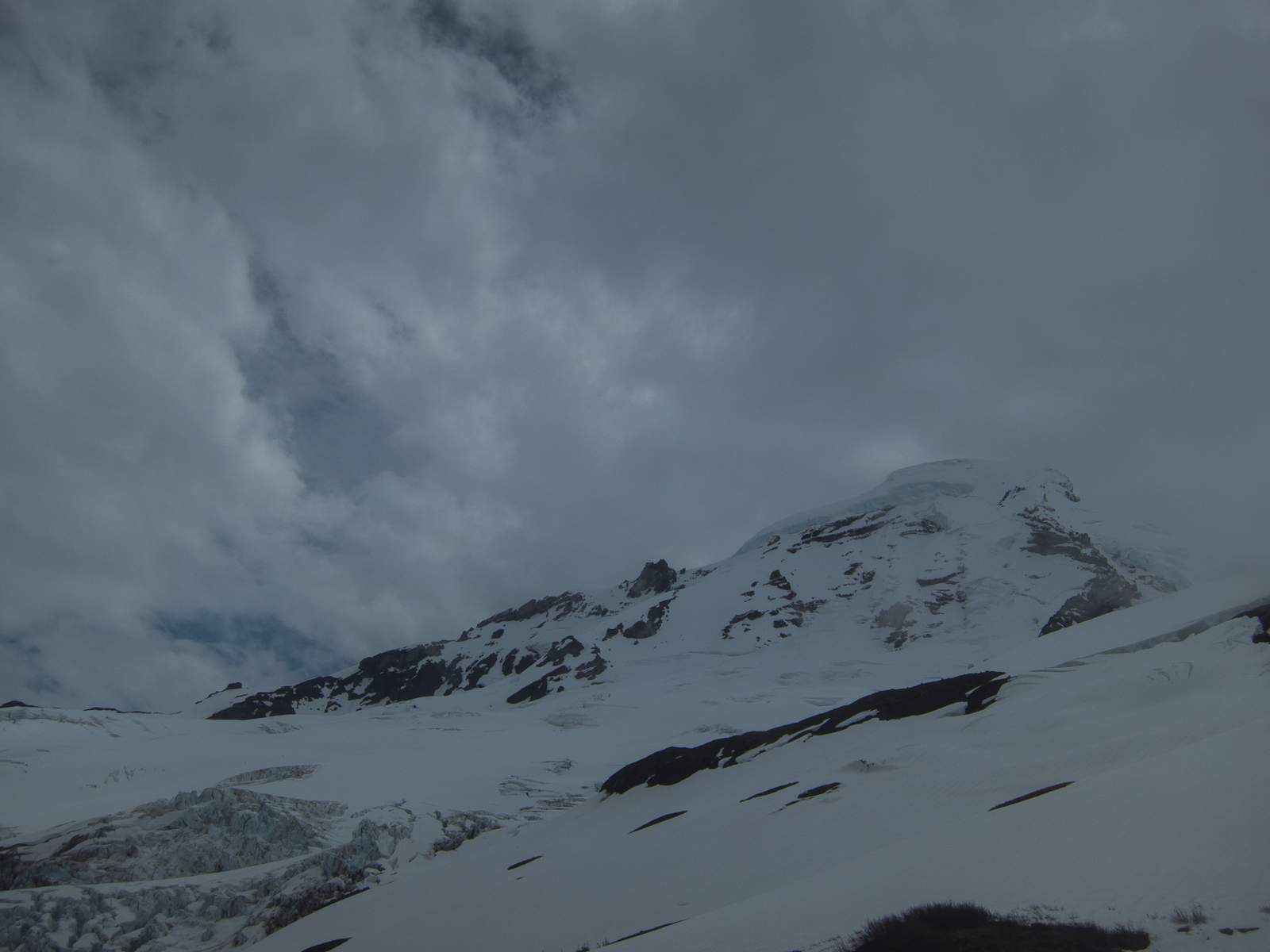 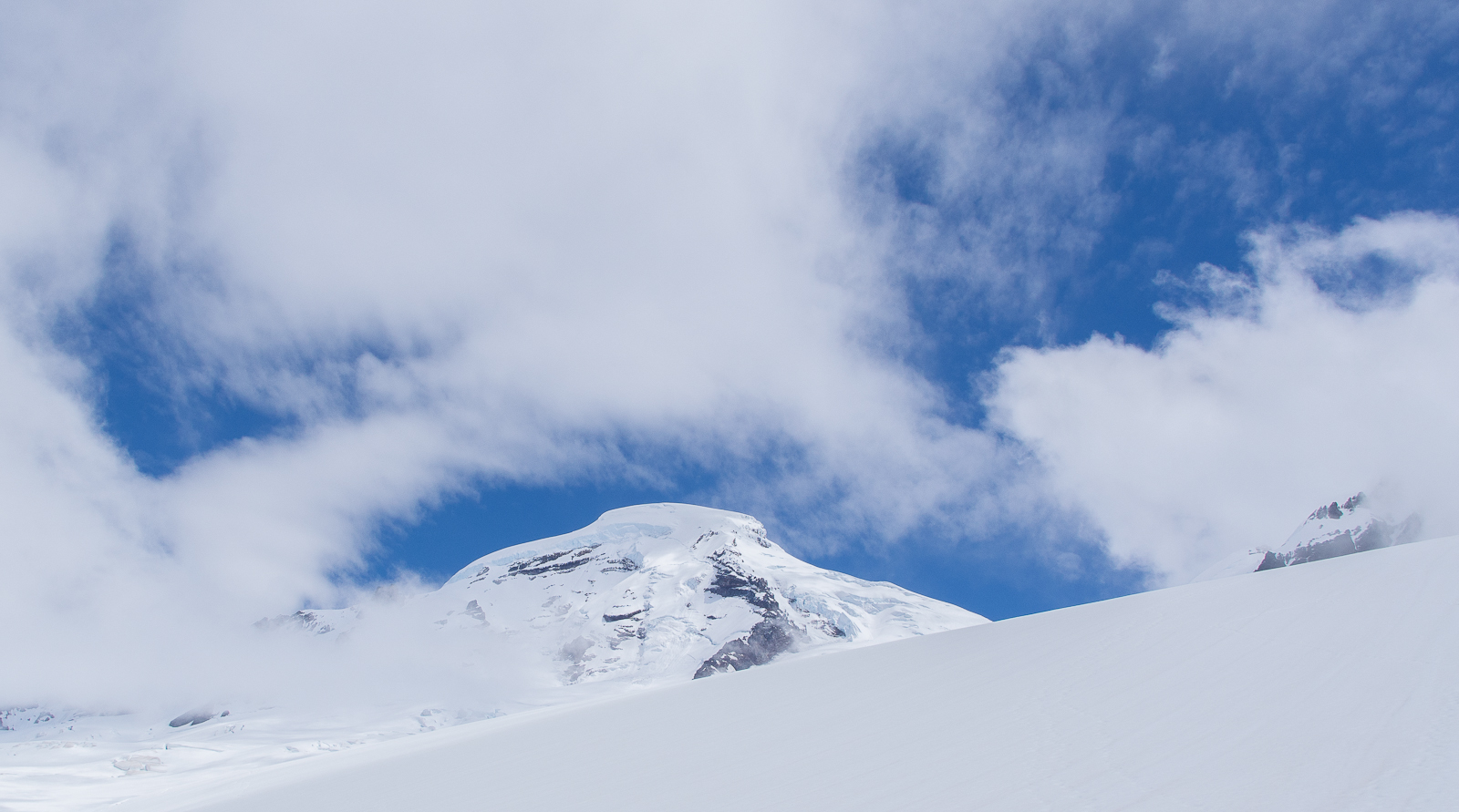 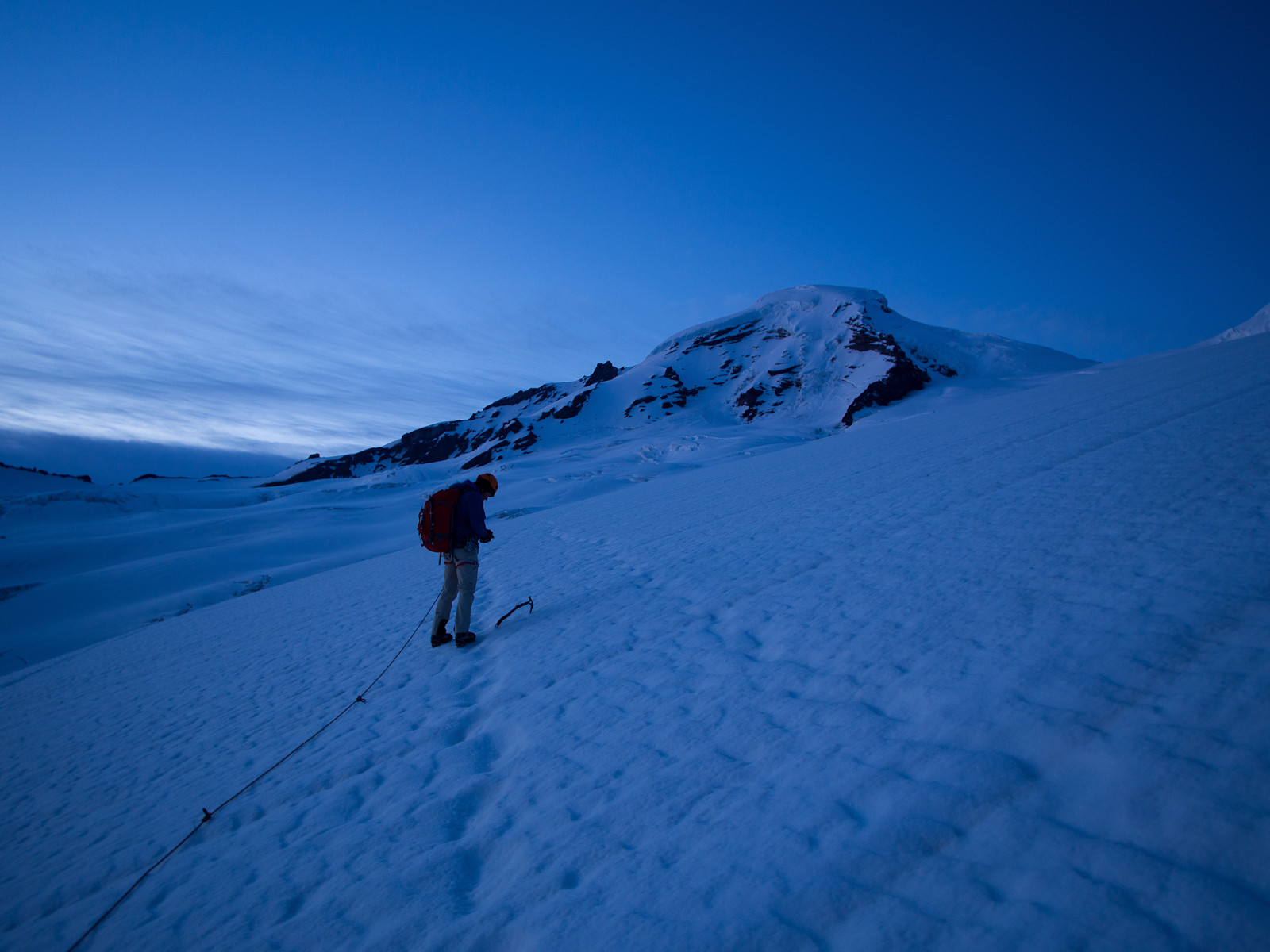 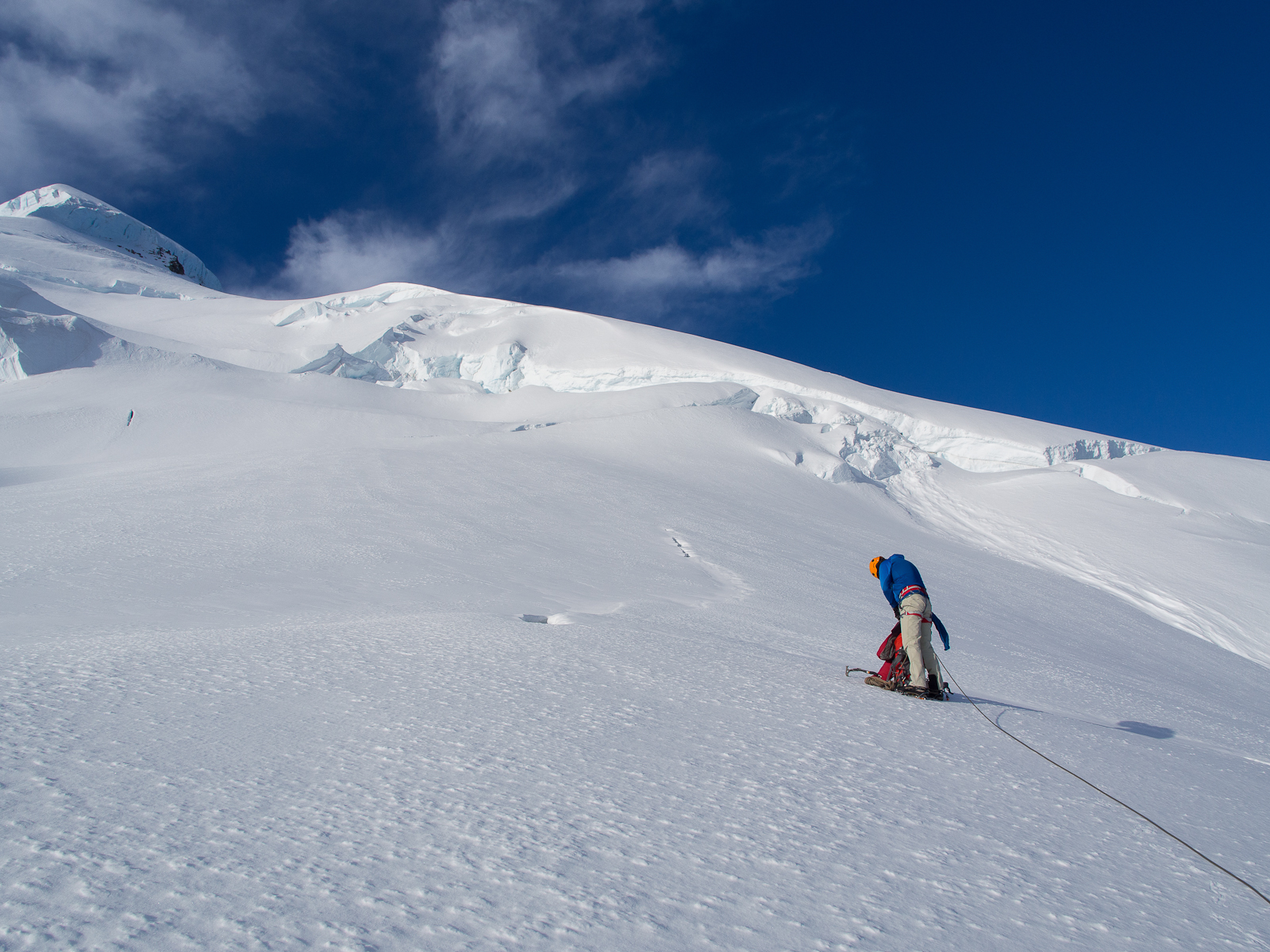 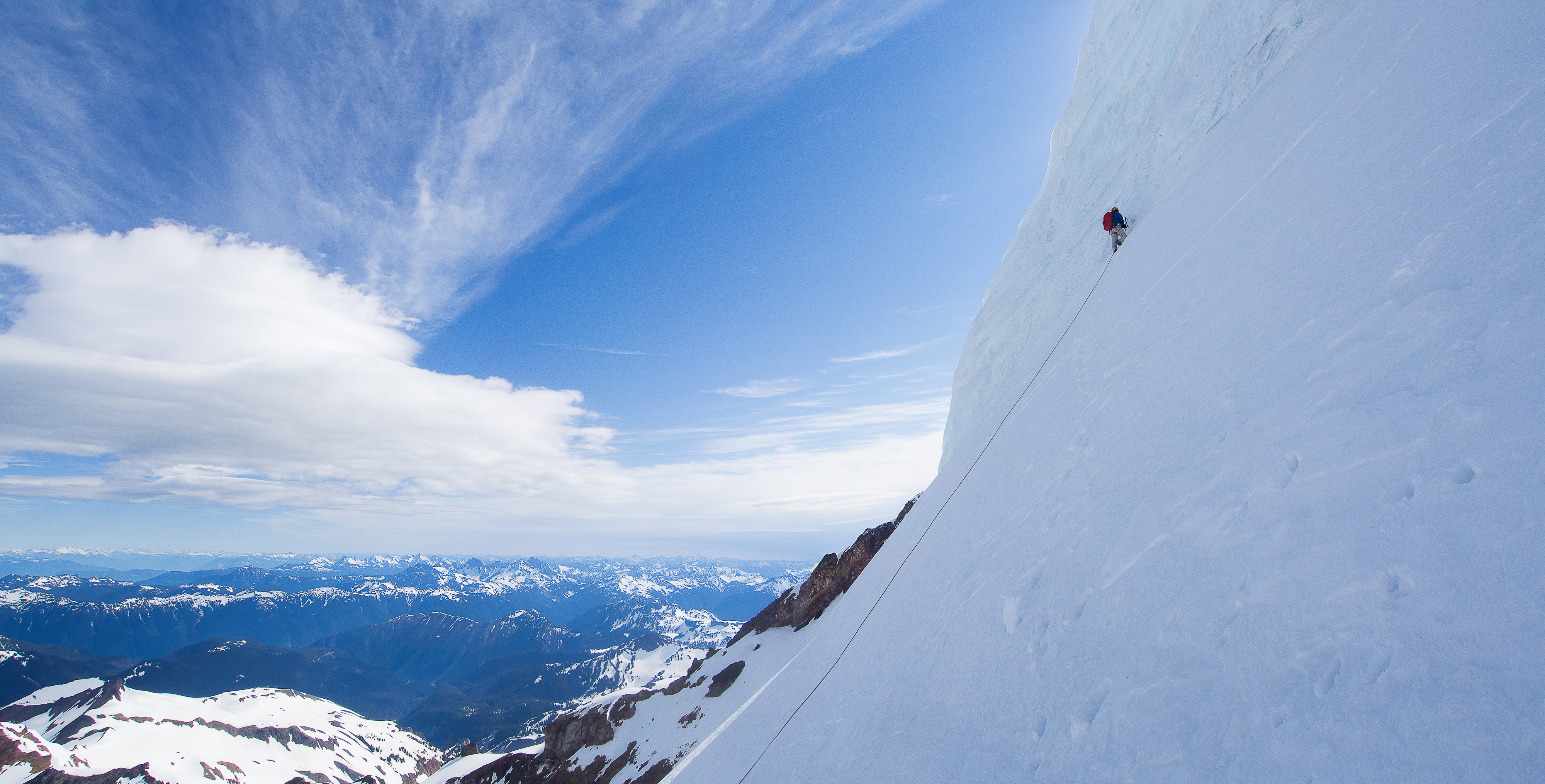 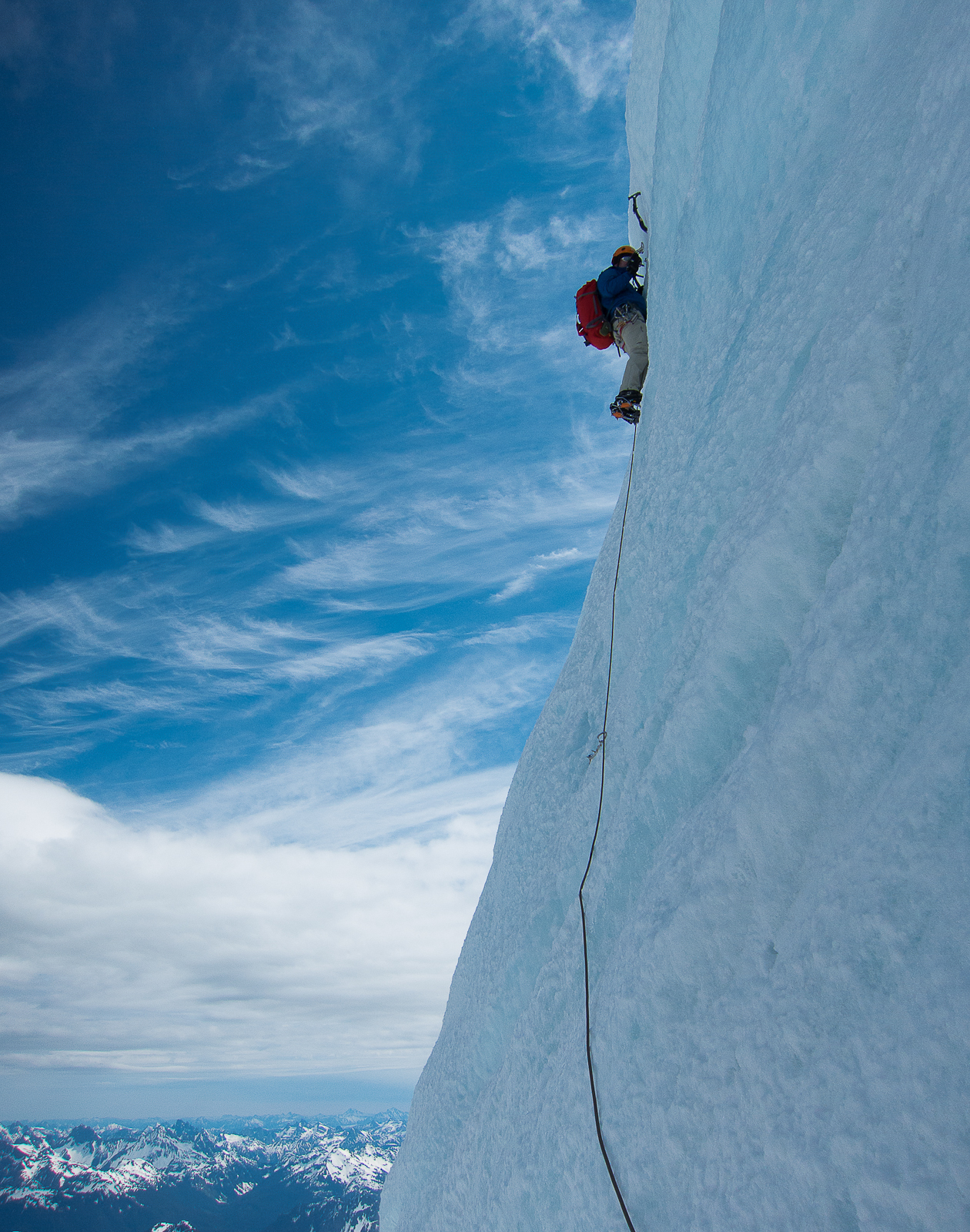 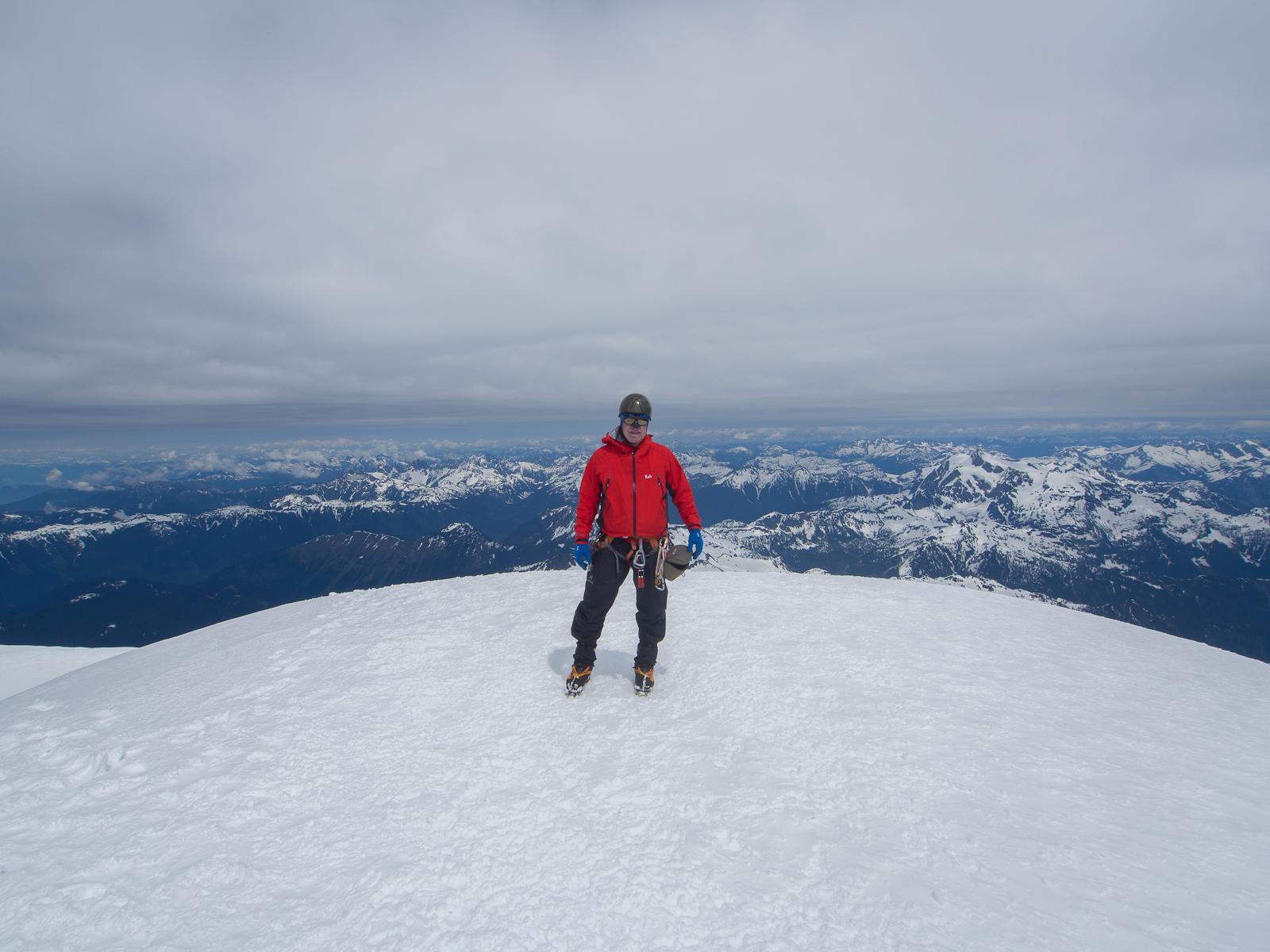 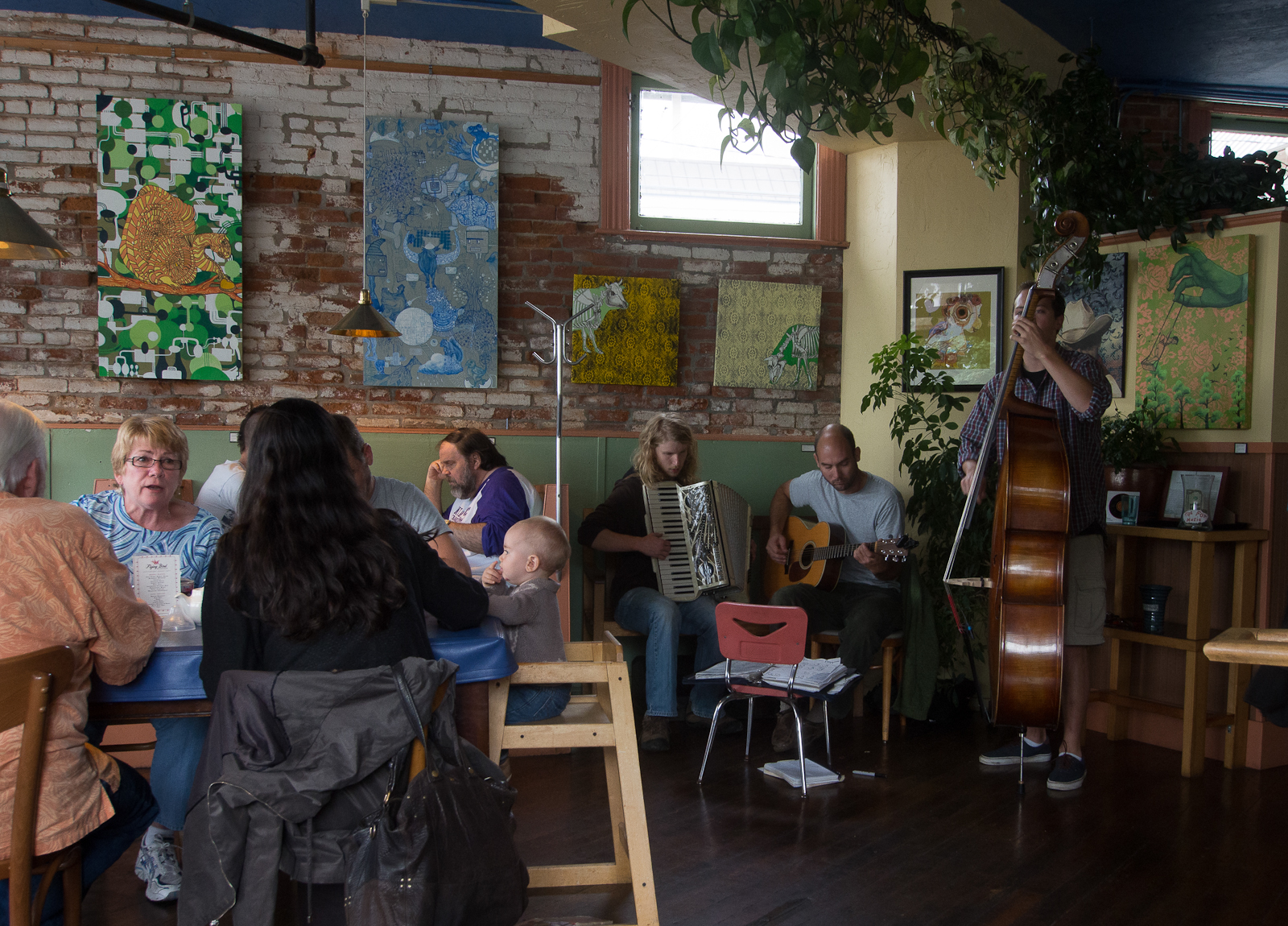 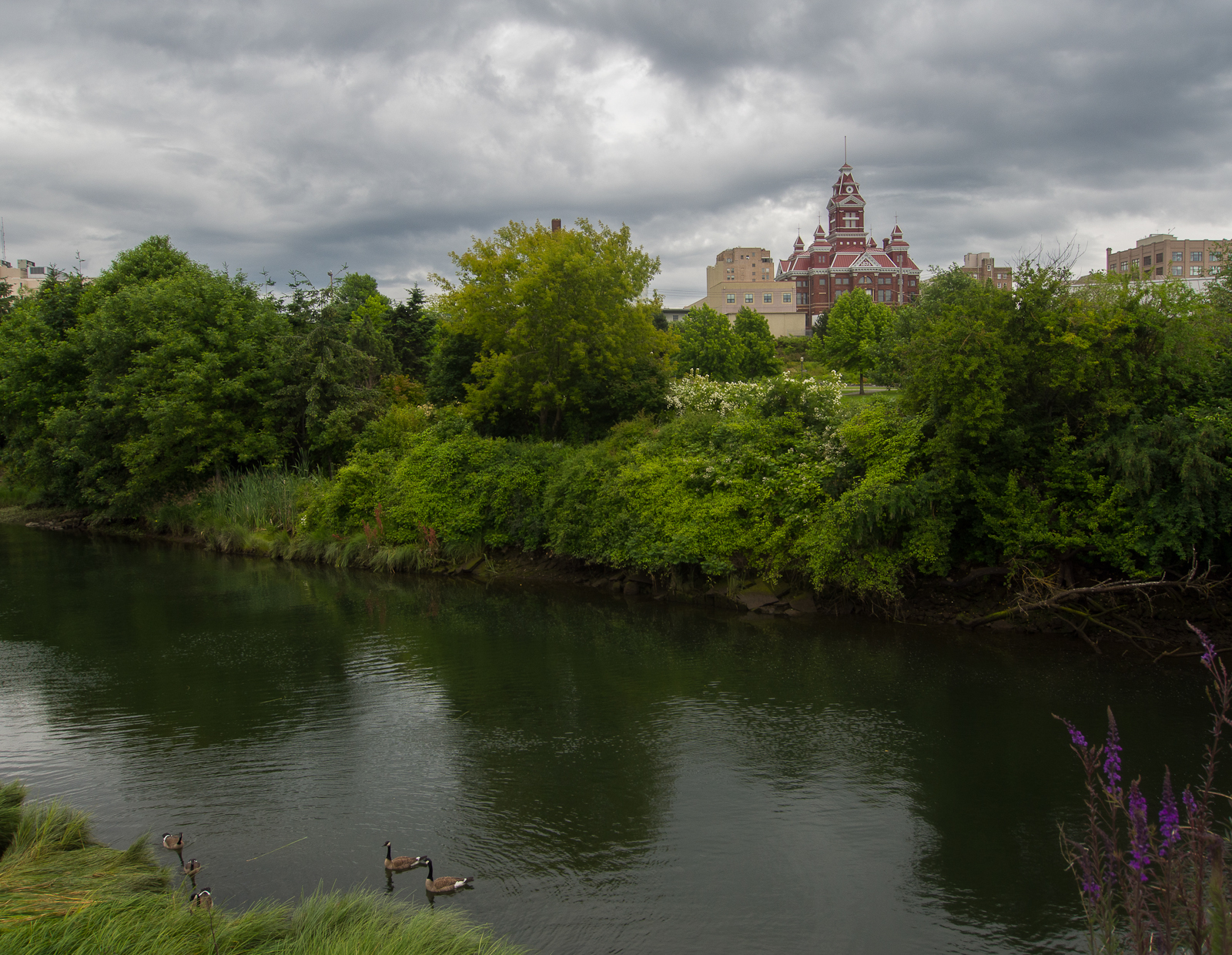