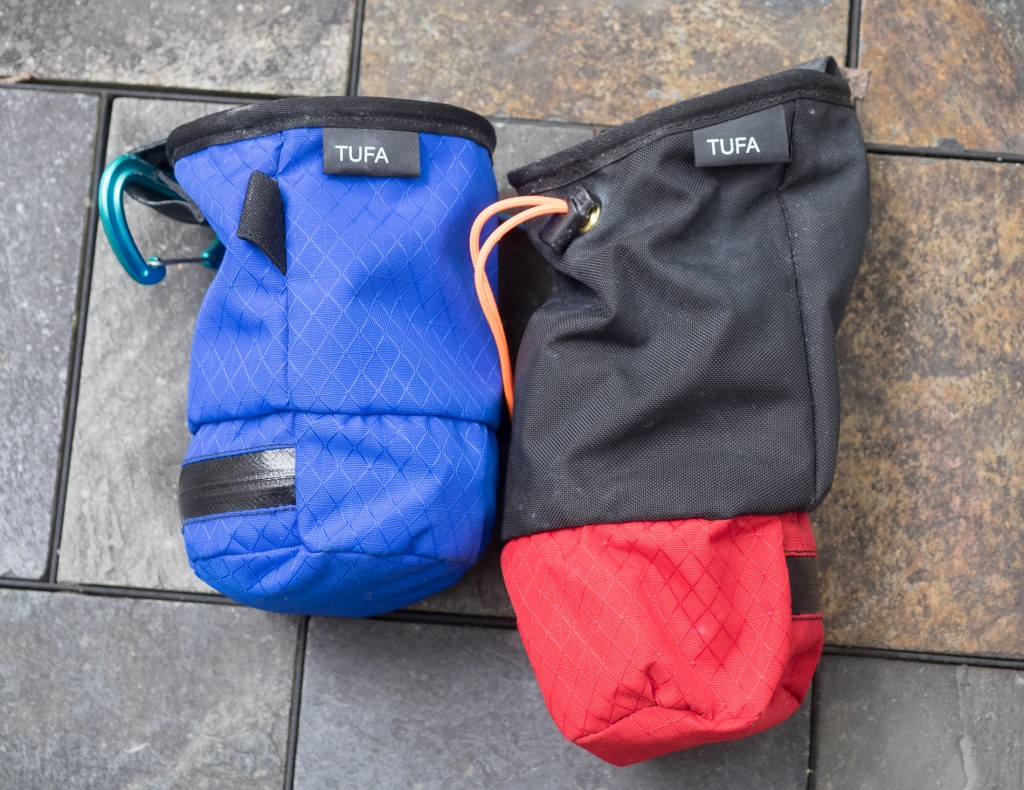 Chalk bags are a pretty generic piece of climbing gear.  It’s hard to get excited about a chalk bag.  They are really just a bag that holds chalk.  Arcteryx came up with a fancy twisting mechanism for keeping the chalk from spilling with their “Aperture” chalk bag, but other than that innovation, chalk bags haven’t changed much since I started climbing in the 80’s.

However, I have found a chalk bag that I am actually quite excited about.  It’s made by Tufa Climbing, a small company that turns out chalk bags and other climbing soft goods in Missoula, Montana.  We worked together on the design, and ultimately I ended up with what I think is the greatest chalk bag ever made.  They call it the Houdini Chalk Bag.  It’s available on their web site HERE.

The thing that makes the Houdini chalk bag worthy of excitement is the bottom zippered pocket.  There are lots of chalk bags with zippered pockets, but this design has a pocket that actually is large enough to hold some useful emergency items.   The pocket is located in the bottom of the bag, and accessible with a water resistant zipper.  The position and orientation of the pocket makes it so that you can stuff the pocket full, and it doesn’t interfere with the function of the chalk bag.  (Side pockets tend to impinge on access to the chalk when stuffed too full.)

I have two of these Tufa Houdini chalk bags, one slightly smaller that I use for everyday cragging, and a larger one that I use on long alpine routes.  The pocket in the smaller bag is large enough to comfortably fit a headlamp, a knife, a small sparklight and a couple of tinder tabs, along with an ultralight windbreaker (Mountain Hardwear Ghost Whisperer Hooded Jacket.)  The pocket in the larger Alpine chalk bag bag is large enough to hold those items, plus a few Gu packs or the like. 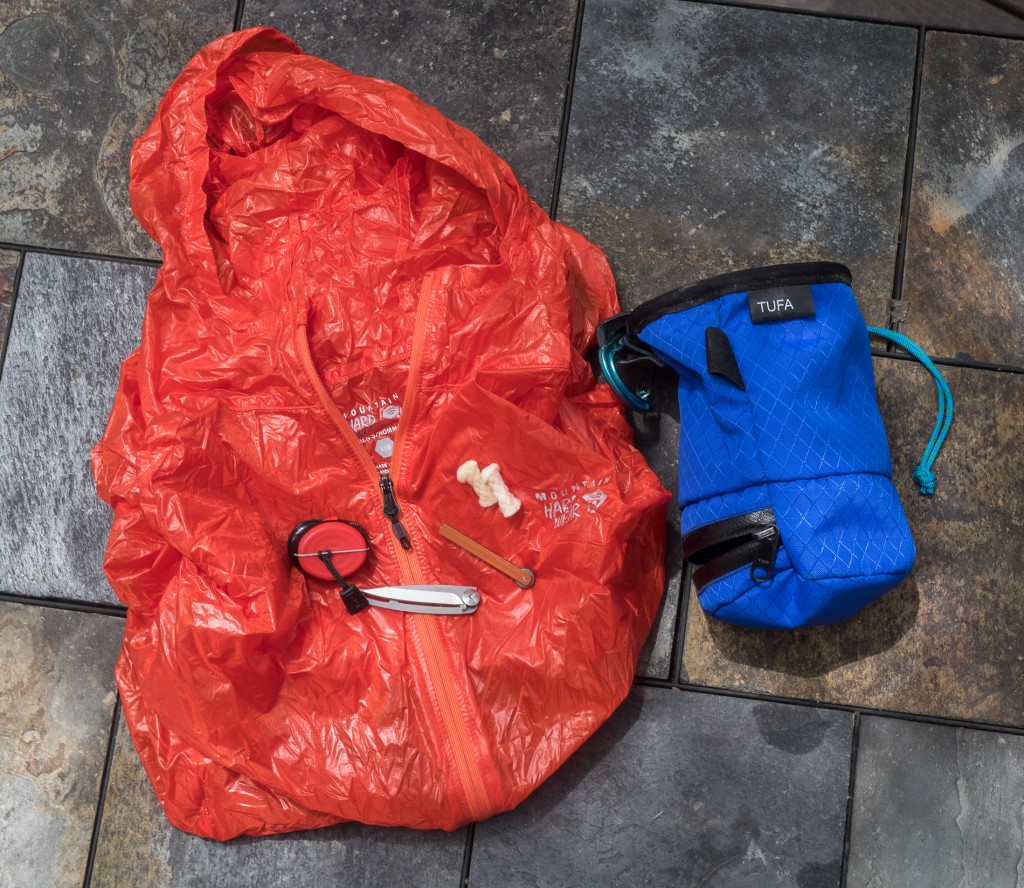 What this means, is that whenever I’m climbing, I’m never without some basic emergency gear.  I’ve already made use of this once, as we got behind a really slow party on a multi-pitch route at one of the local crags.  We finished in the dark, and it was very handy to have the headlamp and the windbreaker available.

In normal climbing use, the Houdini chalk bag functions just like a regular chalk bag, and I pretty much forget I’m even carrying anything in it other than chalk.

So, there you have it.  The greatest chalk bag ever made, and the first and only chalk bag I have been excited enough about to write a review on.